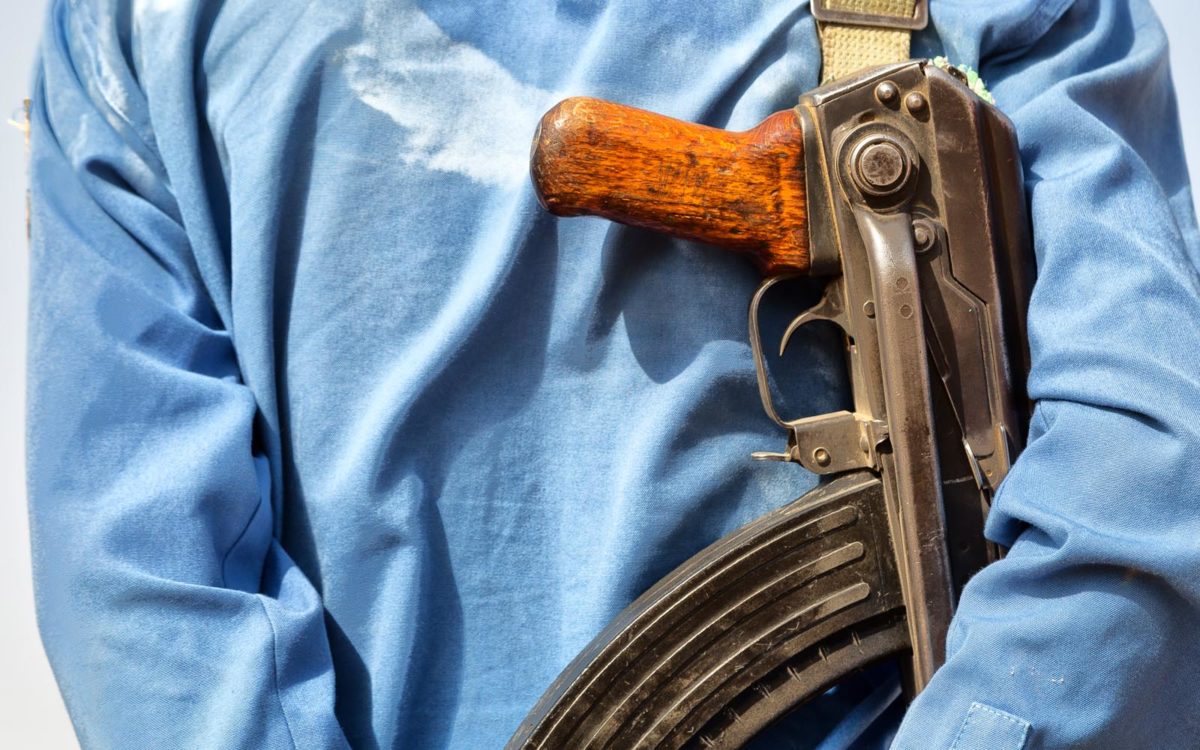 Scholars have to acknowledge how historical conceptualisation of terrorism, rooted in racism and islamophobia, have affected our threat assessments of foreign fighters and volunteers...

On 27th February 2022, President of Ukraine Volodymyr Zelenskyy, announced the formation of the International Legion of Territorial Defense of Ukraine. This new grouping’s international reception was striking. In contrast to two decades of superheated criticism of individuals travelling to fight in Syria and Iraq, Zelenskyy’s ILDU met with widespread approbation. Some state leaders even encouraged their citizens to join Ukraine’s cause.

Critical scholars have noted the impact different definitions of ‘security’ can have: determining threat perceptions and responses. As highlighted on this blog, discourse and language choices ‘influence the way participants/observers engage with… conflict — and place constrains on how they unfold‘. Whether participants in a foreign war are described as ‘foreign fighters’ or ‘foreign volunteers’, for example, matters. In this post, I challenge existing conceptualisations of these actors and explore strategies for more effectively defining and assessing participation in foreign wars.

My contribution speaks to the Civil War Paths project’s ‘Sustaining Peace‘ series: pursuing possibilities of ‘changed mindsets’ regarding ongoing conflicts, through critical engagement with discourses on foreign participation. I begin with an overview of definitional distinctions between foreign ‘fighters’ and ‘volunteers’ — and the different threat perceptions these definitions sustain. I then propose a new typology: centring on fighter ‘integration’. Integration prioritises how foreign participants are positioned within organisational structures, rather than the types of groups that they join. I end by contextualising the need for a better means of assessing the threat of participation in conflict — one engaging with how foreigners participate, rather than why.

The difference between foreign ‘volunteers’ and foreign ‘fighters’ is a definitional one. Foreign fighters are commonly understood as ‘non-citizens of conflict states who join [non-state] insurgencies during civil conflicts’. Foreign volunteers, by contrast, are non-citizens of conflict states who join a foreign government’s forces. Both categories refer to external participation in conflict. But they carry very different implications.

Foreign ‘fighters‘ are framed as a threat to their home nations upon their return. Despite minimal empirical evidence that foreign fighter returnees constitute a systematic threat to domestic security, ‘home’ states have nonetheless undertaken a range of practices to police fighters upon their return, or prevent their participation in conflict in the first place. These include passport confiscations, revoking citizenship, and criminal prosecutions. ‘Volunteer‘ participation in overseas conflicts, by contrast, engenders less severe consequences. In the case of the invasion of Ukraine, for instance, ‘volunteer’ returnees have not faced prosecution. One American volunteer, James Vasquez, recently returned to the US with no threat of action and was received as a hero – his public image burnished by his participation in a foreign war.

These divergent framings are linked to prejudices around conflict legitimacy. Foreign ‘fighter’ status tends to come from association with groups designated ‘jihadist’ or ‘terrorist’; and counter-measures usually focus on securitising Muslim communities. Foreign ‘volunteering’, by contrast, tends to be associated with majority white participation in the national militaries of ‘friendly’ governments (as in Ukraine’s ILDU or the Machal in the Israeli Defense Force in 1948). The distinctions between fighters/volunteers, have less to do with categorical differences than muddy social constructions of threat.

If scholars intend to retain categorical distinctions, it is important to unstitch underlying assumptions. One reason ‘volunteers’ are thought to be less detrimental to security, for instance, is because they serve with a state military – which is assumed to involve greater discipline than foreign ‘fighter’ membership in non-state groups. However, this assumption falls short in two ways. First, just because volunteers are attached to military units does not mean they are necessarily well-disciplined. Nor does the presence of a military class necessarily prevent ‘volunteers’ from mounting security threats in the future. Take Bosnia’s Katibat El-Mudžahid (KEM), for instance. The KEM was set up by the Bosnian Army to facilitate foreign participation in the Bosnian War. Attachment to the Bosnian Army earned the KEM ‘volunteer’ status. Nonetheless, KEM members frequently indulged undisciplined behaviour towards local civilians and opposition fighters. Moreover, two participants in a different Bosnian ‘volunteer’ group also went on to participate in the 9/11 attacks.

Is there are more effective means of categorising foreigners who join conflict? One which captures their risk profiles more accurately? I suggest the distinction scholars should draw between foreign participants in conflict is not what type of group they join, but how they are ‘integrated’ into these groups’ organisational structures. ‘Integration’ determines participation in two core ways. First, integration determines who oversees your participation and how you are utilised in combat. Second, integration determines who you are socialised with and the potential networks you can form.

I outline three types of integration: embedded, partitioned, isolated. Foreigners are considered ’embedded’ when they become full members of the groups that they join and are integrated into the existing organisational structure. Embedded foreigners train, fight, and live alongside local fighters. Foreigners are ‘partitioned’ when they are separated into specific foreign fighter units, but are nonetheless mobilised by local actors during combat. Foreigners are ‘isolated’ when they are both separated from locals and are not used in combat roles by local groups. Isolated and partitioned foreigners may achieve leadership positions among other foreigners but rarely within the wider armed group itself. Fighters embedded within groups will be overseen by locals and their behaviour and discipline are determined by local norms. Fighters that are partitioned or isolated from local fighters generate their own structures of command and norms that can be exported from conflict.

We might expect embedded and partitioned returnees to pose the greatest security threat, because of their combat exposure. However, my research finds that higher casualty rates amongst ’embedded’/’partitioned’ foreigners limits their onward trajectories. By contrast, ‘isolated’ fighters in the Soviet-Afghan and Afghan civil wars (1979-1992) were largely excluded from conflict roles — yet, many of them went on to be responsible for some of the most infamous violence in living memory. Isolated Afghan veterans’ high survival rate — with an estimated casualty rate of only 2-6% — allowed for returnees’ continued coordination and cooperation, across future conflicts.

The relative acceptance of non-citizens fighting in Ukraine comes at a critical juncture, as the threat posed by jihadist extremism is subsumed by the threat of far-right extremism. To confront this evolving threat, scholars have to acknowledge how historical conceptualisation of terrorism, rooted in racism and islamophobia, have affected our threat assessments of foreign fighters and volunteers. This post has argued that one means of achieving more accurate threat assessments is by using ‘integration’ to determine how, and under who, foreigners participate in conflict.

Theresa Bachmann is a PhD candidate at the University of Kent's School of Politics and International Relations: researching peacebuilding in Colombia. In this post, Theresa builds on previous blog contributions, to explore the need for greater awareness of/training in trauma for civil war researchers.